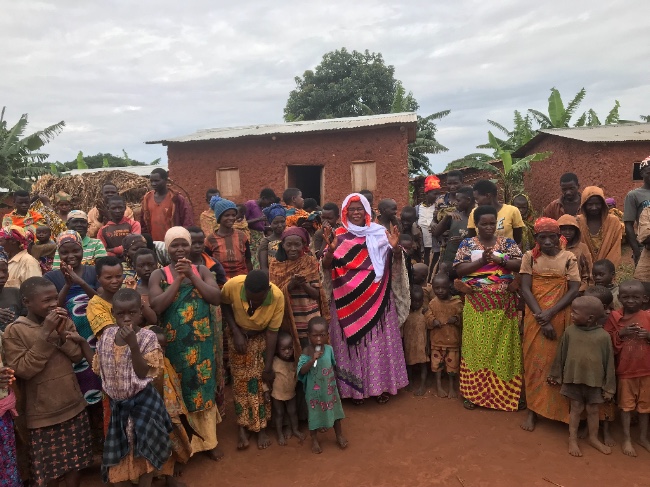 Greetings from Bugarama, Burundi!
Before I start my discussion of Burundi, let me brag a little about our clinic in Mexico. The Mexican governmental agency that approves health facilities like hospitals and clinics is called COFEPRIS. We knew going in that we would face a COFEPRIS inspection and we had been warned that we would likely be ordered to remediate or change any number of random issues. We were told that COFEPRIS could be highly finicky and that we should just expect things to pop up. When we found out that COFEPRIS was ready to inspect us, we just held our breath and hoped for the best.
Well, the results of the inspection are in and we passed with flying colors. The inspectors loved our clinic and did not order us to change one single thing or pay one single centavo in fines or penalties. At this point, we are golden!

Now back to Burundi…

Yesterday, I visited our adopted Batwa village of Gahararo and I have a lot to say about that visit. However, before I talk about things that happened in Gahararo yesterday, including my inspection of the land we want to purchase as the site of the church we plan to build, I want to spend a few paragraphs reminding our supporters how I become involved with Burundi. This was not a random encounter with people from a far away land, rather it was a God-ordained partnership between our supporters and the Burundi people we serve and partner with.

We had been working in Mexico for years, when, in 2011, I was approached by one of the Burundian refugees attending my church in La Mesa, California. He had been watching the growth of our work in Mexico and felt compelled to ask me if I would do a project in his country. At the time, I knew next to nothing about Burundi, so before I said yes, I did my homework. I learned that Burundi is one of the three or four poorest countries in the world, that it was a colony or Belgium, and that it has gone through several cycles of civil war and genocide since independence. I also learned that it is a desperate place that can be extremely dangerous for westerners.

Because I am an adventurous sort, I decided to take the challenge. I went back to my Burundian friend and told him that I would have to take a trip to Burundi and get the lay of the land before I could commit to doing a project there. In 2012, I made my first trip to Burundi. I had no agenda and I didn’t know a single soul. My plan — and what I in fact did — was simply allow God to lead and direct me as He saw fit. Fortunately, He had a plan that was much better than any hair-brained scheme I could come up with.
Two days before the end of my trip, I really hadn’t made any headway in terms of finding someone to help me negotiate my way around the NGO landscape in Burundi. I started searching the Internet and ended up reaching out by email to a husband and wife Mennonite missionary team. They responded immediately and accepted my invitation to have coffee. They came to meet me at my hotel the next morning, the day before I was to depart.

At first this missionary couple, whose names I can’t recall, looked at me like I was crazy. What are you doing here, especially not knowing anyone and not being affiliated with legitimate NGO? How did you become involved? Are you insane? However, very soon after meeting me, they realized that God was doing something in my life that was larger than the risks I was taking in making a play in Burundi. That’s when they said words I will never forget: “Have you met Onesphore?” Of course, I had no idea who they were talking about and told them so. They were dismayed. They said that no matter what, I had to meet Onesphore before I went home. In fact, they called Onesphore right then and there. After telling him about me, they handed me the phone and I had my first conversation with Onesphore. We arranged to meet at my hotel the next morning at 7 a.m., roughly six hours before I needed to be at the airport to check in for the flight home!

We met as planned but we didn’t share breakfast. Standing by his car outside my hotel, Onesphore told me about his organization — Harvest For Christ — And his project in Muramvya working with the Batwa people. At that point, I had never heard of Muramvya and had no idea who the Batwa people were, but when he suggested that we go to Muramvya for a few hours before my flight, I was game. He told me it would take us an hour and a-half each way and we could stay at the project for an hour. We would still have time for lunch and he would take me to the airport.

We were together for the next six hours and during that short time became close friends. I learned that like me, Onesphore is a lawyer by training, but that His passion for God’s work took him in a different direction. I learned all about Harvest For Christ and the organization’s institutional zeal for reaching people with the Gospel. And perhaps most importantly, I learned about Onesphore’s heart for the Batwa people. About the indigenous Batwa people, I learned that they are the poorest people in Burundi, universally despised by their Hutu and Tutsi countrymen. I also learned that they have a life expectancy of only 27 years. And I learned that the vast majority of them do not have a relationship with Jesus. As far as the Batwa project in Muramvya is concerned I learned that it is focused on a top-rate school that will primarily serve Batwa children, and that it also has a clean water component and a micro enterprise component.

By the time Onesphore dropped me at the airport, I was convinced that it was my mission to work with the Batwa in partnership with Onesphore and Harvest For Christ. I told Onesphore that I would be back in six months to explore opportunities for partnership between my organization and his.
At this pace, this update is going to become a novel, so let me wrap it up. On my third trip to Burundi, I was introduced to the Batwa community in Gahararo, a village about five hours from Bujumbura, the last two hours down a narrow dirt road. The first time I went there, it consisted of 72 small grass huts and a water source several miles away down a steep and narrow mountain trail. We began implementing a relief plan that has included a porridge program, school uniforms, medical subsidies, mud houses for every family, and a readily accessible and clean water system that serves 6,000 people. Our next project in Gahararo will be a church. My hope is to then expand our outreach to the Batwa to another Batwa village in Burundi.

So, there’s the back story on how we became involved in Burundi. In my next installment, I will discuss yesterday’s visit to Gahararo.