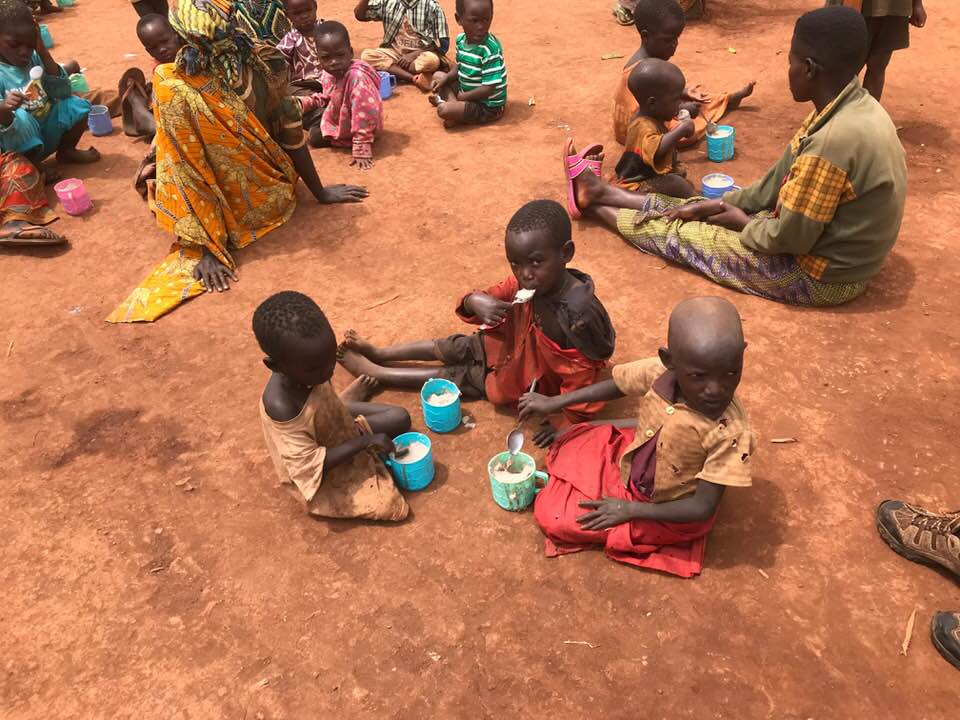 I visited The Cries of a Child children’s home on Monday and Tuesday. TCOAC was founded by Americans Isai and Samantha Torres 10 years ago in the community of Bukeye. Burundi. Isai is a master builder and has built a wonderful facility complete with group homes for the many orphaned children they have taken in over the years, a medical facility that falls somewhere between a clinic and a hospital, and an administrative enter. The property also boasts a small farm complete with livestock that Isai periodically butchers.

When I visit Isai and Samantha, I always treat them and their staff to dinner at the nearby Kibira Lodge. Kibira Lodge sits at one of the highest points in Burundi and is quite beautiful. From its large restaurant on the second-floor balcony, it is possible to see all the way down the valley to Bujumbura and Lake Tanganyika approximately 60 miles away. Unlike the weather in Bujumbura, which is ghastly, the weather at Kibira is beautiful. It is always cool and breezy with an occasional thunderstorm.

I like to have dinner with Samantha and Isai because it’s important to support missionaries in the field, and that sometimes means giving them a treat that they wouldn’t otherwise think of getting for themselves. This is especially true with Isai and Samantha and their staff. They are so busy and consumed with serving others that I really have the impression that they don’ put much time into caring for themselves. Compounding the problem is the fact that they are essentially the only westerners living anywhere near Bukeye. I sometimes think they crave fellowship with people from their own culture.

There were 14 of us for dinner on Monday night. We prayed over our respective ministries and we shared many laughs. Almost everyone had steak or Mukeke, a much-loved fish from Lake Tanganyika. The total bill, with sodas and bottles of water all around was $67. It doesn’t take much to show some love to our brothers and sisters in the Burundian mission field!

Thanks to a few of our very supportive American supporters, I could deliver baby formula for the orphaned babies at TCOAC’s children’s home. I counted 51 cans. Samantha told me that will last one baby 6 months, at which point they will be weaned from formula to solid 13 of
food. Next time I come, I will bring more as this seems to be a constant need.

On Tuesday, I visited the mountain community of Yomugari. The people who live on this mountain, while not Batwa people, are equally poor in many important ways. Their children ALL appear to be ill with malaria, upper respiratory infections, or gastrointestinal problems, their clothing is exceptionally ratty and not all have shoes, and their crops have not sprouted because the seasonal rains are very late in arriving.

As some of you know, we have done a couple of very small projects with the people of Yomugary. Two years ago, we took them hybrid seeds which served them well when they had rain. Last year we purchased female goats for the area families with the stipulation that the families would return the first-born baby goat so we could give it to bless a new family.

The success of the seed project obviously depends on the timing of the rains. Isai has promised to teach them crop rotation and techniques for constant production. The goat project is succeeding as more and more families are receiving baby goats

It is not my intent — at least at this point — to engage in a large-scale project on Yomugari mountain. For now, I am content to continue doing small projects and watching and waiting to see how my relationship with the people on the mountain develops. This will require a great deal of prayer and seeking God’s will.